This one is all about the Music

The purpose of my blog this year was to help us chronicle our trip as well as keep our friends and family updated on what we were up to, minus Rodney’s music. More people are following along on his website and FaceBook page to keep up with the music. But I really want to take a minute to put thoughts down and share some memories with you about Rodney’s music.

As you may already know, January will be a big month for us as Rodney will be playing a show at the Tobin Center for the Performing Arts in San Antonio. This is a big deal. A big show. And so appropriate as January also marks 20 years he has been playing music professionally. I want to start there. The fact that he has been writing songs, playing shows and getting paid to do so for 20 years. There have been times where he was burned out or discouraged but he never left music. You see, for some people, their relationship with music is more than a love affair, it’s more akin to a soul mate. Music is an engrained part of his soul that he must contend with. It’s not about being a job, or a hobby, or for fun, it’s about fulfilling a destiny, completing a life’s work. He has no choice, it’s the music that moves his soul and he must be the medium for which it can escape into the world.

I feel like I may be the only one who sees this. Mostly because I see him write songs that come out of his head as if he always knew the words to them. I see the excited enthusiasm he has when he listens to something new that is good. I also see the disappointment he has when music fails to reach the bar he has set. I have never seen anyone get so lost in a song that it almost seems like they are no longer on earth. His is a passion that few have, or could ever hope to have for something. And it’s for these reasons that I am so excited to see years of hard work, miles and late nights begin to come to fruition in a way that lifts up his voice, his music.

This year I have taken on more of a hands on role in his music than ever before. I have been booking shows, and promoting shows, two things I have felt were so out of my skill set. The music business is a rough one! Although I feel better about this year than I do about my foray into graphic design a few years back when my attempt to create a “vintage” looking album cover for 12 Ounce World landed recognition in a major publication. No, No, not good recognition. I believe the quote was something like, “I think they used the graphic art budget to buy beer instead”. It wasn’t long after that I started working at the Witte Museum.

Rodney’s cousin posted a video not long ago from his very first CD release party, for The Real Thing. It was so surreal to watch, and remember that night. We were still fairly new to dating each other and I remember getting super jealous of some girl who stood in front of the stage making a scene. That was the first time I thought about what this was really going to be like, dating a singer. It took a serious conversation with Rodney before I was convinced this girl, who I don’t even remember who she was anymore, was not a threat to our relationship. Screaming, flirty girls haven’t made me jealous since then.

It was always interesting and entertaining going on the road with Rodney and his band on the weekends. Sometimes I was the only girl. Sometimes I had a partner in Jennifer Rakowitz, the bass players girlfriend and later wife. We had many long nights together. She had even more before I came into the picture. One night in particular comes to mind, we were all in Rodney’s suburban, the band, Jennifer and me, we were driving to Dallas for a show and were coming from a long way away and the weather turned bad, somewhere in north Texas. We pulled over at a gas station because it was no longer safe to drive on the road. Lightning actually hit the gas station across the street which prompted us to say our goodbyes into the hand held video camera. We recorded a lot that night, most of which is hilarious now. I’m not sure where that video is anymore, and maybe that’s a good thing.

Another fun road memory was being at the Grand Ole Opry. Rodney played the Opry Plaza party and we were backstage at the Opry, we saw Little Jimmy Dickens in his dressing room with a bottle of Jack turned up, we saw Dolly and Brad Paisley. We heard Joe Nichols sing No Time To Cry during sound check shortly after his own father passed away. Rodney and I ended up spending a lot of time back stage at the Opry but my first introduction was with the band.

After we got married, the second song we danced to was Guitar Town by Steve Earl. This song was playing our narrative at the time, after the honeymoon we packed it up, put the hammer down and went back to guitar town. While living in Nashville had its awesome parts, it ended up being a huge step in the right direction, albeit a difficult one, when we left there. We often listen to Then Came Lo Mein by Robert Earl Keen and remember that time in our lives, even though it’s not literally our story, the sentiment is there. It was hard to watch Rodney go in to write songs in an office building that were slowly killing his soul. The month before we left for good, Rodney accidentally filled my car up with diesel, which delayed our trip back to Texas and also ended up solidifying our decision to leave in a weird way. I was not fond of my job either, so we both felt like we were losing our minds.

Enter the year of the album Down the Road and also the Sopranos. We spent a lot of time binge watching the Sopranos, this was when Netflix only mailed out movies, so we could only binge watch so much at a time and as fast as the US mail worked. That year we went to New York to meet with a publicist about the album and we actually saw the entire cast of the Sopranos leave Radio City Music Hall after the debut of the final season of Sopranos. It was one of those right place at the right time moments. The only thing I would change about that would be that I would say something more intelligent to Steve Buscemi, than, “Me, I, You , Love you, big fan!”

It would still be a few albums before Rodney came back to cowboy music and in my opinion began sounding more like himself. I think every album he has done has been full of great songs, well written and produced, but I just love the cowboy songs and how he sings them.

We were living in the country when he recorded Atascosa Sand and I remember he was recording an album of only Johnny Cash songs in our home recording “studio”, I was singing with him on Jackson and we re-sang it like 100 times one night, because I didn’t like the way I sounded on the recording. What is really neat about this, is that I found out I was pregnant with Wyatt not too long after this, so there was a teeny tiny Wyatt in there during that recording. So now, that will always be a special album to me. It is also something that I love about Rodney, he is always recording and doing something new and different. While he is the only one who sees and hears it all, I get to see and hear a lot of it and only a small percentage of that gets through to you all. But that is what’s great about artists they are always creating.

I am so excited to see what 2018 will bring for Rodney in the form of music and recording. I know it will be exciting whatever it is.

Babies out front of Gruene Hall after a show

This was taken during the first year of dating 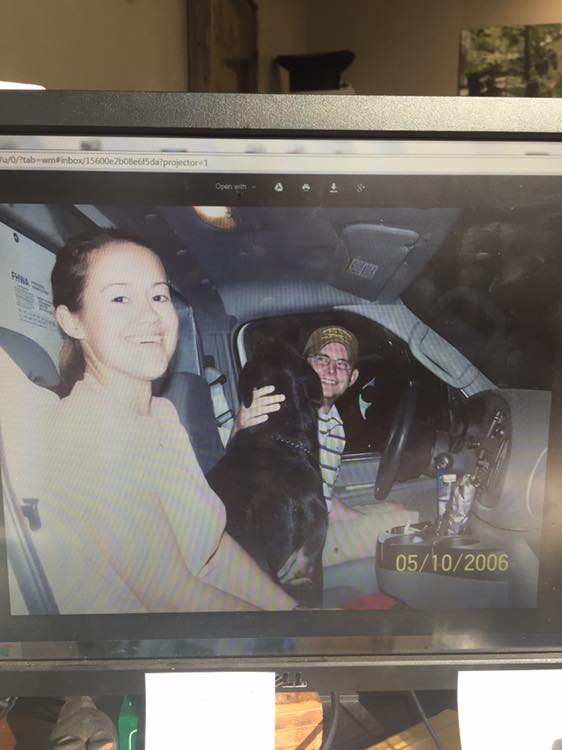 Here we are loaded down, with Chloe headed to Guitar Town! 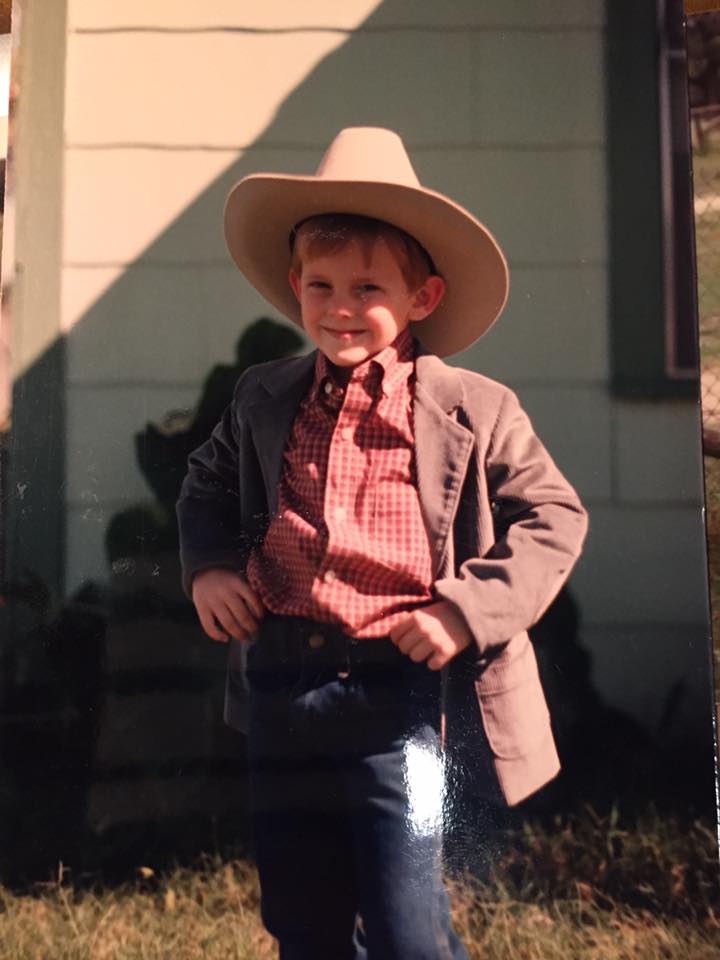