Today was moving day. Which is an exciting day! Until you temporarily lose the keys to your travel trailer. You start off the morning with coffee, as you should, then proceed to wash the breakfast dishes and put stuff away. Everyone is excited. Your toddler is singing. You and your significant other are smiling. It’s like another new start. New adventures await you. Then you can’t remove the lock from the hitch because…where are the keys? Honey are they in your purse? No, I don’t think so, I don’t remember seeing them. You search. And search. And search. You search the truck. You find old pacifiers way under the front passenger seat. You find the usual crumpled receipts, napkins, pens, M&Ms, and cereal. No keys. You dump out your purse. There ARE keys, but not THE keys you hope for. What are THESE keys even for?? You tell your significant other to search all the pockets in their jackets and vests and pants. You dump out the dirty laundry bag. No keys. Now, the excitement of moving day is turning to panic. Panic and stress.  Your check out time is ticking closer. We should be pulling out of here right now. When finally, after searching all the pockets for a second time (just go look again, carefully) the keys appear! Lo! Behold! Keys, I have found them! rejoice! You return to your checklist for a quick departure. Pick up the welcome mat. Fold up the stairs. Retract electric cord. Tell toddler to take his hand out of the sewer hole. Unfold stairs. Get soap. Wash toddler’s hands and arms.

Anyway, it was an eventful morning. We were only 15 minutes late getting on the road this morning. Which is not bad considering the game of hide and seek we played with an inanimate object. We left Pleasant Harbor RV Park, which is on Lake Pleasant in Peoria, AZ. It was beautiful. It was quite pleasant. We had nice neighbors who were permanent residents. I will write a full review and it will be located under the reviews tab.

Let me update you on some of the other fun things that have happened in the last two weeks. We participated in Brian Lebel’s High Noon Show and Auction the weekend of January 21. This was a trip and a half. For one, we got to go in and preview the auction which was like visiting a museum. Wyatt even said, Mom I like this museum. (Then later, I’m ready to leave this museum). They had Roy Rogers clothes, boots and hat. Tom Mix’s hat and other items. Native American bead work that was gorgeous. It was SUPER WEIRD to see all of this stuff with price tags on it. I felt like Indiana Jones- “This all belongs in a MUSEUM!!!” That aside we met some interesting people and had a wonderful time. Wyatt was a shining star and helped pass out info cards. He made friends with everyone! Since we were right at the entrance he became best friends with the security guards and ended up standing with them and passing out our cards to people as they came in. It was so cute and hilarious you could hardly handle it.

Our most notable visitor was an elderly man dressed not as a cowboy, but more like Elvis. He had big sunglasses, slick hair and bell bottom jeans. When he walked up I thought, wow there’s no way this guy was not an Elvis impersonator in his life. He said, “Hey man, how much are the CDs?” Because Rodney was in the middle of a song, I answered, “they are $20”. Elvis did not like this and proceed to lecture Rodney on how HIS CDs are only $8. He would sell way more if they were cheaper. Elvis told us that he is a very successful Elvis at the resorts in Arizona and used to be Elvis in, yes you guessed it, Las Vegas. He knows a lot about the music industry and Rodney should really listen to him. Elvis also complimented Rodney on his good taste in women, he sure was lucky to have a good lookin’ lady.  He did not want to buy a CD. But he asked me if I had change for a $50, he wants to give Rodney a tip. “Ok, how much do you want back?” He looked at me like I was such an idiot and said, “I want to leave God’s tip.” I just stared at him. I have never heard of this before. Rodney, lucky duck, went back to singing. Guessing I was clueless he said, “$47!!” I laughed. Not that I don’t appreciate any kind of tip, really, any tip is fantastic! I would have said thank you so much if he just handed us $3. But the whole exchange was just so crazy I could not help myself. I did not actually have $1 bills. So I was not able to make the correct change. Condescending Elvis yanked his $50 out of my hand and sauntered off. Don’t worry, he reappeared a short while later with God’s tip in hand. (Which he made a huge show of when he laid it on the table).

Rodney also played at the Mesa Encore Theater. We did the first live sound check on FaceBook. Thank you for tuning in if you did. That was actually the most fun. Because Wyatt could freely run around and it was not stressful, just fun. So look for more of those. In fact look for more live videos on Rodney’s page RLHayden.com as well as mine. We both plan to add more content as the weeks progress.

We are now in Camp Verde, AZ which is home to the world largest Kokopelli. In case you were wondering where that was, it’s easy to find off I17, right next to Starbucks.

Camp Verde is stunningly beautiful and everyone here is super nice. More on this adventure later though. Happy trails. 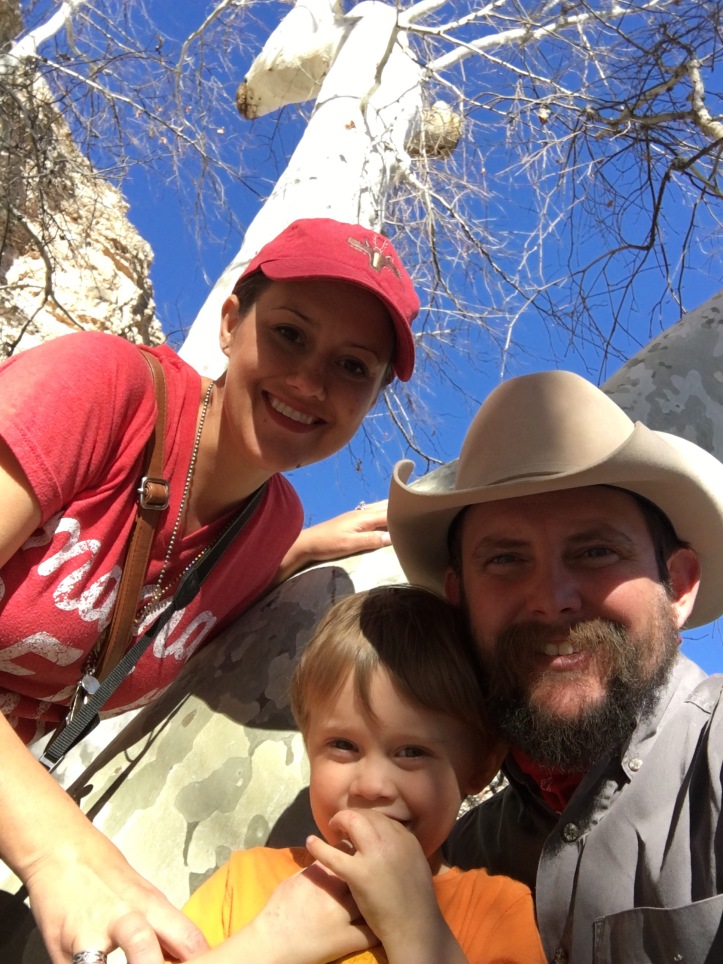