California in Our Rearview

We left California on Sunday morning, ready to get the heck out of Sacramento. No offense to anyone from Sacramento, but we were in an “RV Park” that was basically a back lot to the convention center which was bizarre and probably not in the best part of the city. (But literally like our only close choice) So while we were fenced and tucked in the tall parking lot lights in the “park” gave it a weird feel for sure. We did, however, meet a very nice man who was in the slot next to us and he gave Rodney the drill bit that fits our stabilization jacks so now we can use the electric drill to let those down and up instead of spending 10 minutes doing it by hand. We have met the nicest strangers. We have also met some VERY interesting people. And we have done a lot of great people watching in California. Our friend Jeff, who lives in California and has been trying to get Rodney west for a long time surprised us with a great gift of some good books and for Wyatt a stuffed puppy that he loves! Kevin, the bar owner in Sacramento, gifted Wyatt a fantastic snow sled!  It really does mean a lot and is truly kind when people who we only know through email do such nice things for you!

Anyway, I digress. I wanted to make sure to throughly digest the trip to California before writing my blog about it. I have mixed feelings as it turns out. We all know I’m not a city girl.

California, the land of fruits and nuts, is gorgeous! It has beautiful desserts, which as you know is my weak spot, it has amazing mountains, fast rivers, and interesting beaches. Now, let me start off by saying that we did not get to everything we wanted to see while we here. We missed A LOT of California. But here is what we did experience:

Joshua Tree National Park – Our first stop in California was the small town of Joshua Tree. This is high desert so it was very arid, craggy and sandy. It was perfect. We stayed at the Joshua Tree Lake and RV Park and ended up actually extending our stay 2 extra days because we liked the area so much. We went to the National Park twice. The RV park will always hold a special place in our hearts since this is where Wyatt caught his first fish! 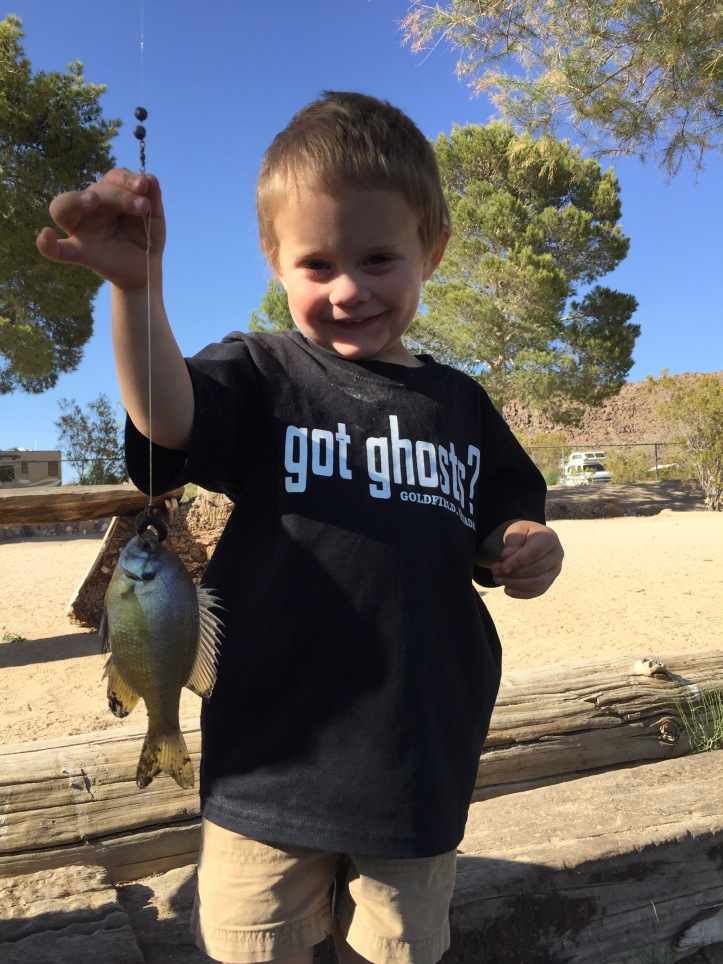 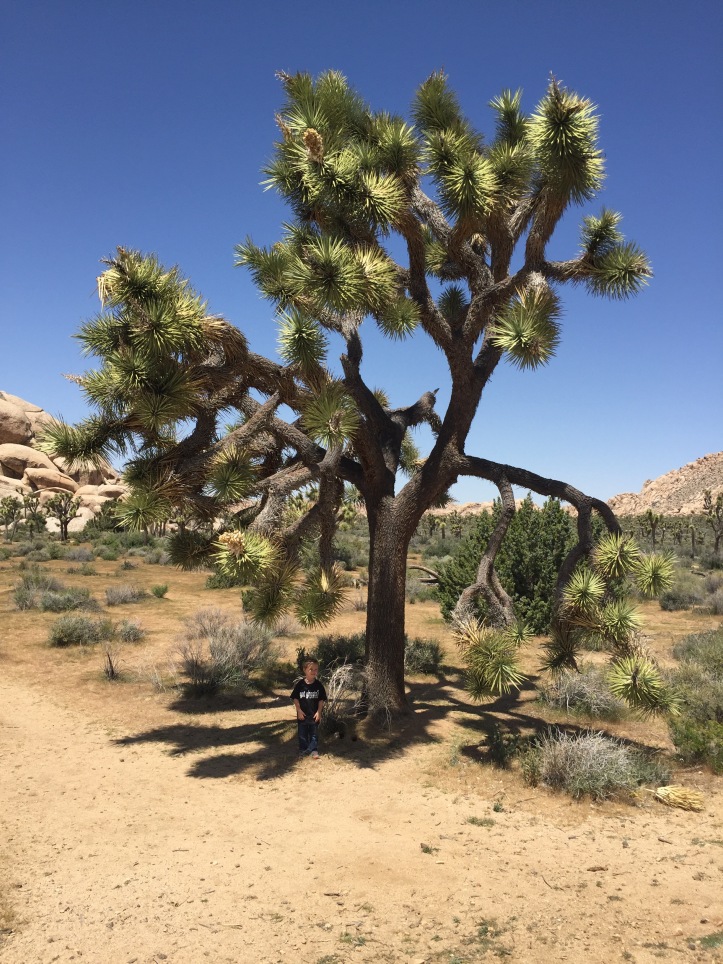 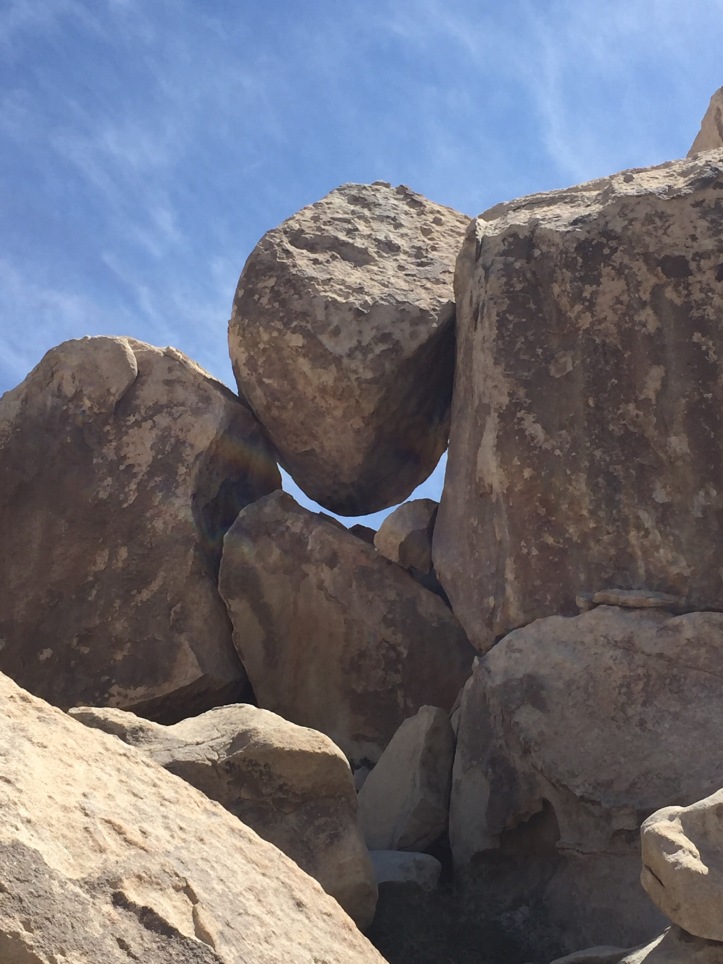 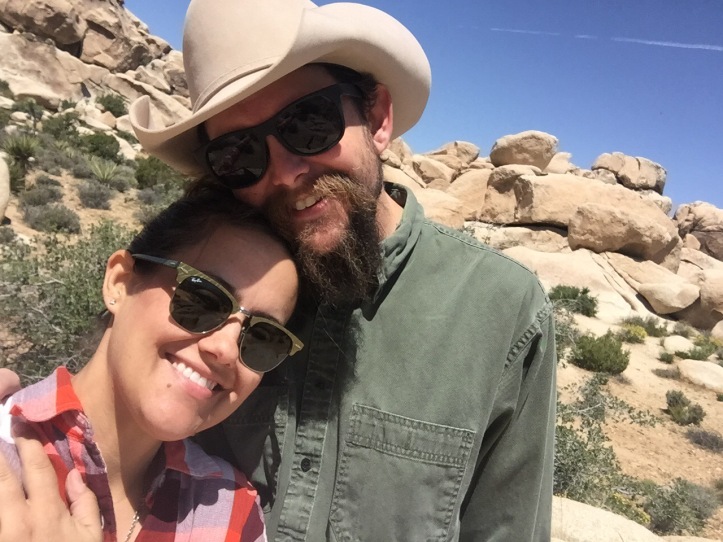 Oceanside- We decided to spend the next few days at the beach and first of all let me tell you…. the cost of an RV Park on any of the well-known beaches or vicinity is around $170 a night. Yes, for an RV. Ok, so everything in California is crazy expensive compared to Texas. But we were lucky to have found a reasonable park in Oceanside and so we stayed there. The morning of the day we planned to go to the beach, I packed our lunches, towels, sunscreen, water, everything we needed. We stopped at Wal-Mart to buy stakes for our pop up canopy and we were off. Here is where all our Texan comes out. The only beaches I have been to are in Texas. And one in Italy but that doesn’t really count for this conversation. In Texas you can drive on the beach. You can park on the beach and walk toward the water and set up camp. Or you can pull your truck close to the water and use the bed of your truck as part of your campsite. It makes an all day beach trip more comfortable. Well, that is not the case in Oceanside. First, you have to hope for a parking spot to open up in a lot up on the actual street (yeah right) then walk down to the beach with all your junk. Which is fine… if you can actually find a place to park in a lot or on the metered street. We drove around for a long while. Then, lo! We found free street parking for up to 4 hours. Perfect. We parked. There was a beach access staircase near by and so off we went probably feeling a little to smug about our parking situation. We soon found out why all the street parking was free because when we got down to the beach, there was no beach. There was the ocean and then big rocks. Luckily, even though we were carrying tons of heavy stuff (or Rodney was) we laughed. Really hard. Then walked along the road toward the sandy part of the beach. We walked maybe 150 yards to a small area where there was a break in the rocks and there was some sand. Then, we went to set up our canopy. Our canopy that once unzipped reminded us that the actual canopy top part was still in the camper. Wa Wa Waaaaa….. The rest of the trip was really great. Wyatt had a blast throwing rocks in the ocean and running around. I loved exploring the rocks on the beach and found some seaglass! Oceanside was a neat little town with some very interesting people to watch.

Long Beach – Rodney’s show was in Long Beach and the bar, Cowboy Country, seemed really neat. Rodney had a great show and it was nice to finally meet Jeff! I took Wyatt to the movies and to see the early 20th century cruise ship, Queen Mary. On our lone trip I realized just how close we were to Compton.  Guess I can check that off my list.

Vandenburg- After Long Beach we traveled north toward Vandenburg AFB to see my friend Meggan! This means we drove through the outskirts of LA while towing our home behind us. Other people driving like mad men are one thing. We see that everywhere. But that on top of the GIANT POT HOLES was unnerving! The bumps were so bad I was sure the camper was going to come unhitched from the truck and take the 101 without us! After we got out of the city, it was such a beautiful drive! We saw lots of farms and drove along side the ocean which was super cool! The best part was getting to catch up with Meggan and her husband. Wyatt had a blast with Aria and it was great getting to see them play together. They cooked us a very yummy meal and we caught up on “is your kid doing this weird thing too” and also created a choir of “you better sit down and eat that”. It was a great visit! 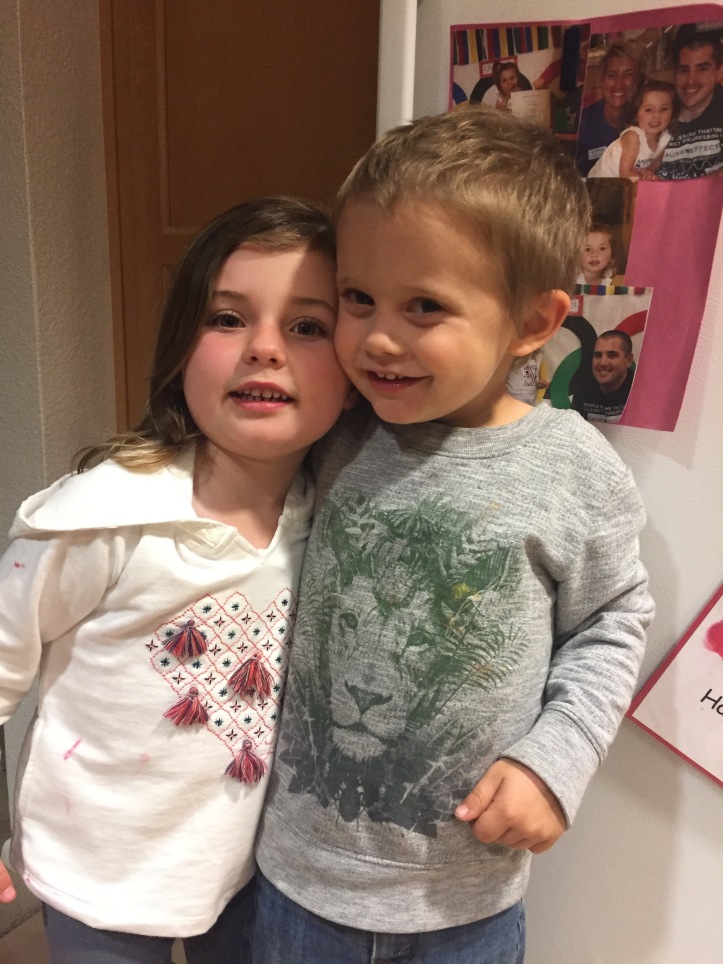 Kern River and Lake Isabella – We kind of ended up here very unexpectedly. We had other plans. But the current of the Kern drew us in! What a river that is! No way am I ever getting in it… but I did enjoy looking at it quite a bit. On our exploring day it was very windy. (It was VERY Windy like everyday in California) We were driving to the Trail of 100 Giants and quickly came upon a closed road. It was under water. So we found another route. We were almost there and then, another road closure. So we drove around for a while in the forest and had a picnic lunch. Where we found what was most certainly Sasquatch prints and not a bear at all. On the way back down the mountain, after lunch and a little deflated that we didn’t see the Giant Sequoia trees, the road was now open! So we took it. We ended up coming across some road workers who were just opening another stretch of road that was on the way to the trail. They said there had been massive landslides and that they were still cleaning them up. So glad we didn’t get caught in that! The end of the story is that we made it to the closed Trail of 100 Giants. But others were there too, and since there was no fence, you can just walk the trail. So we did, along with about 20 other ill-researched vacationers. 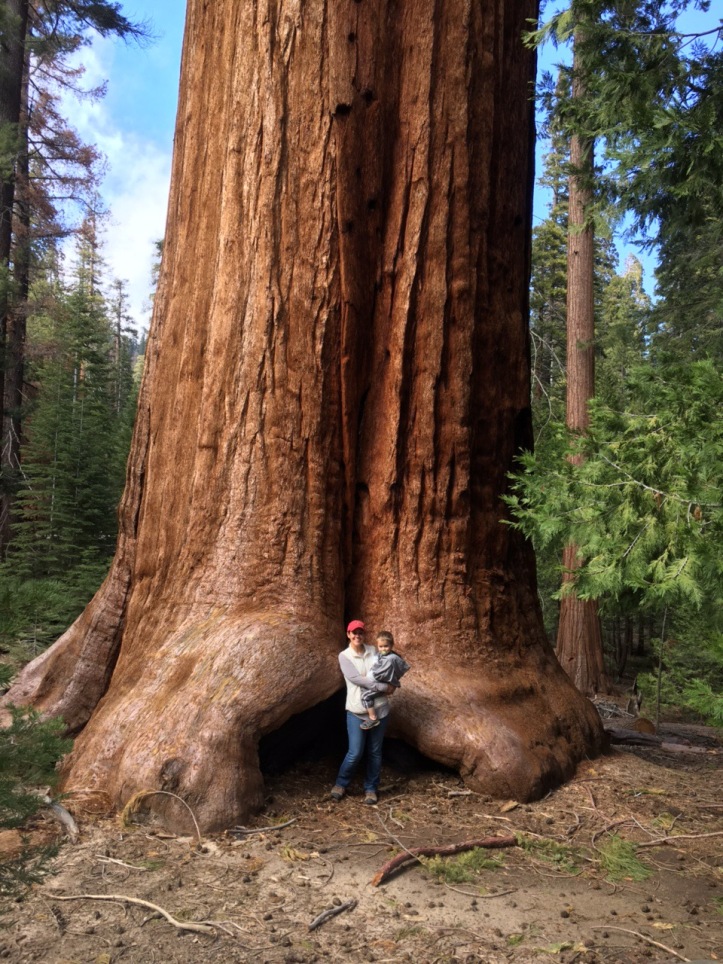 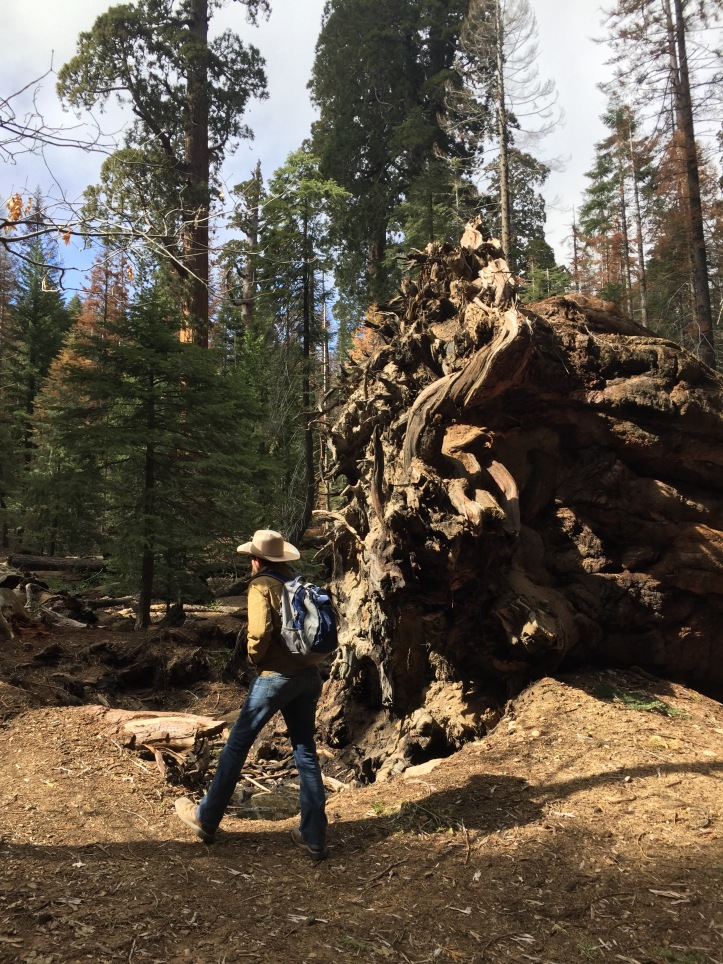 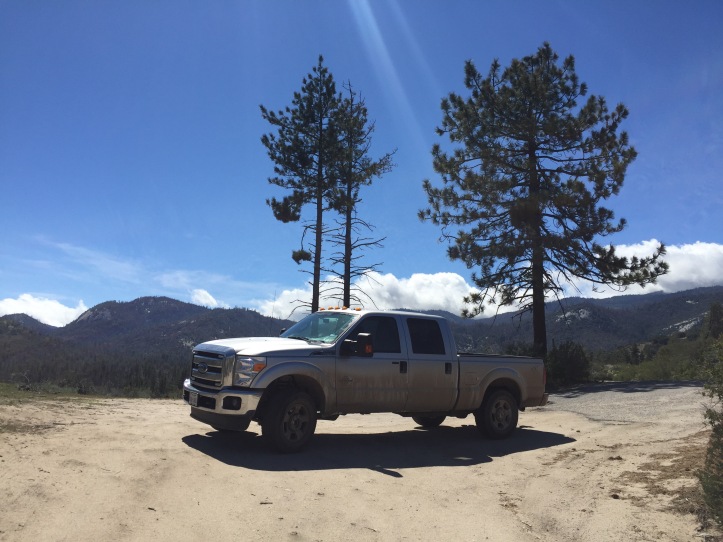 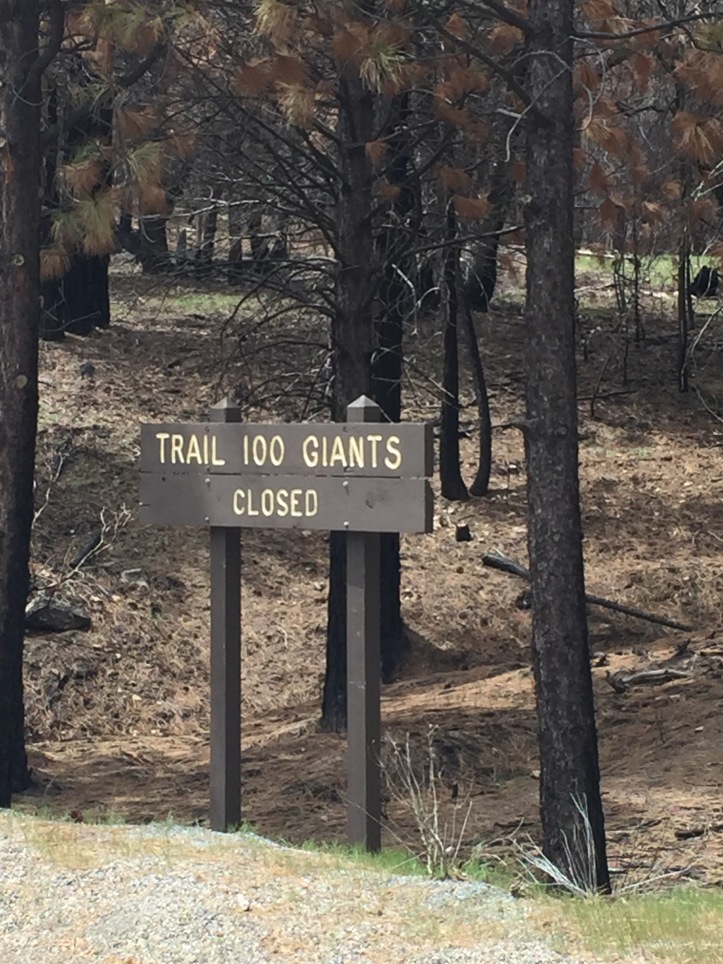 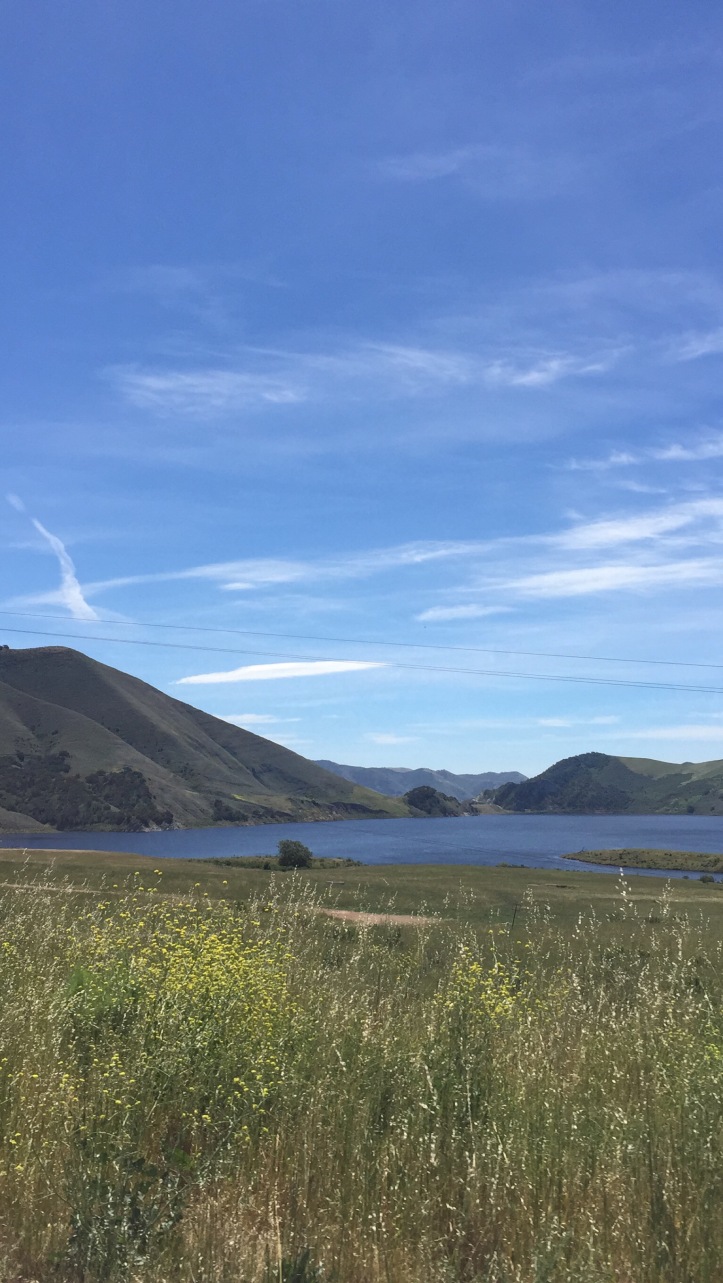 Since you already know how I feel about Sacramento, I will not recap that. Next trip we hope to see Napa Valley and Yosemite National Park and more of the Northern part of the state. California is very beautiful and full of surprises. Just make sure your shocks are in good condition…